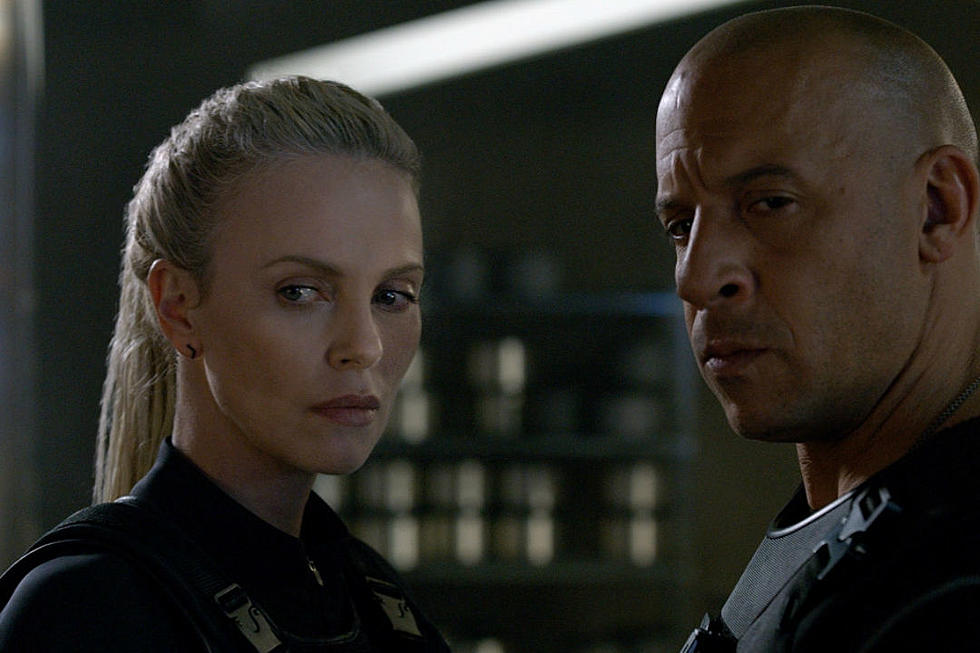 2017 is shaping up to be a very great year for movies.  After a week that’s been filled with a number of trailers (including Spider-Man: Homecoming, The Mummy, War for the Planet of the Apes and another Rock-fueled film in Baywatch), now we get the action-packed trailer to The Fate of the Furious, with Charlize Theron making her debut as the franchise’s new villain, Cypher.“You know what I like about you, Dom? You’re a genuine outlaw. But your family is about to go up against the one thing they can’t handle: you,” she says. “Did you ever think you would betray your family the way you did today?”

Judging by the look of the trailer, it’s a sure bet that the 8th installment of the film series will obliterate the box office once more.  Here’s a look at what’s going to go down with Dominic Toretto and the rest of the gearhead family:

Now that Dom and Letty are on their honeymoon and Brian and Mia have retired from the game-and the rest of the crew has been exonerated-the globetrotting team has found a semblance of a normal life. But when a mysterious woman (Oscar winner Charlize Theron) seduces Dom into the world of crime he can’t seem to escape and a betrayal of those closest to him, they will face trials that will test them as never before.

From the shores of Cuba and the streets of New York City to the icy plains off the arctic Barents Sea, our elite force will crisscross the globe to stop an anarchist from unleashing chaos on the world’s stage… and to bring home the man who made them a family.

Check out the official trailer above and look for F8 to hit theaters on April 14, 2017.  Are you excited about The Fate of the Furious?  Let me know your thoughts!

To my readers, I invite you to join me on Facebook and to follow me on Instagram and Twitter. You can also reach me via email at:rgilmore@orangemoonwerks.com. If you find any joy and value in what I do, would you consider providing support to help keep my blog going? Learn how by following the link here: Support the Blog