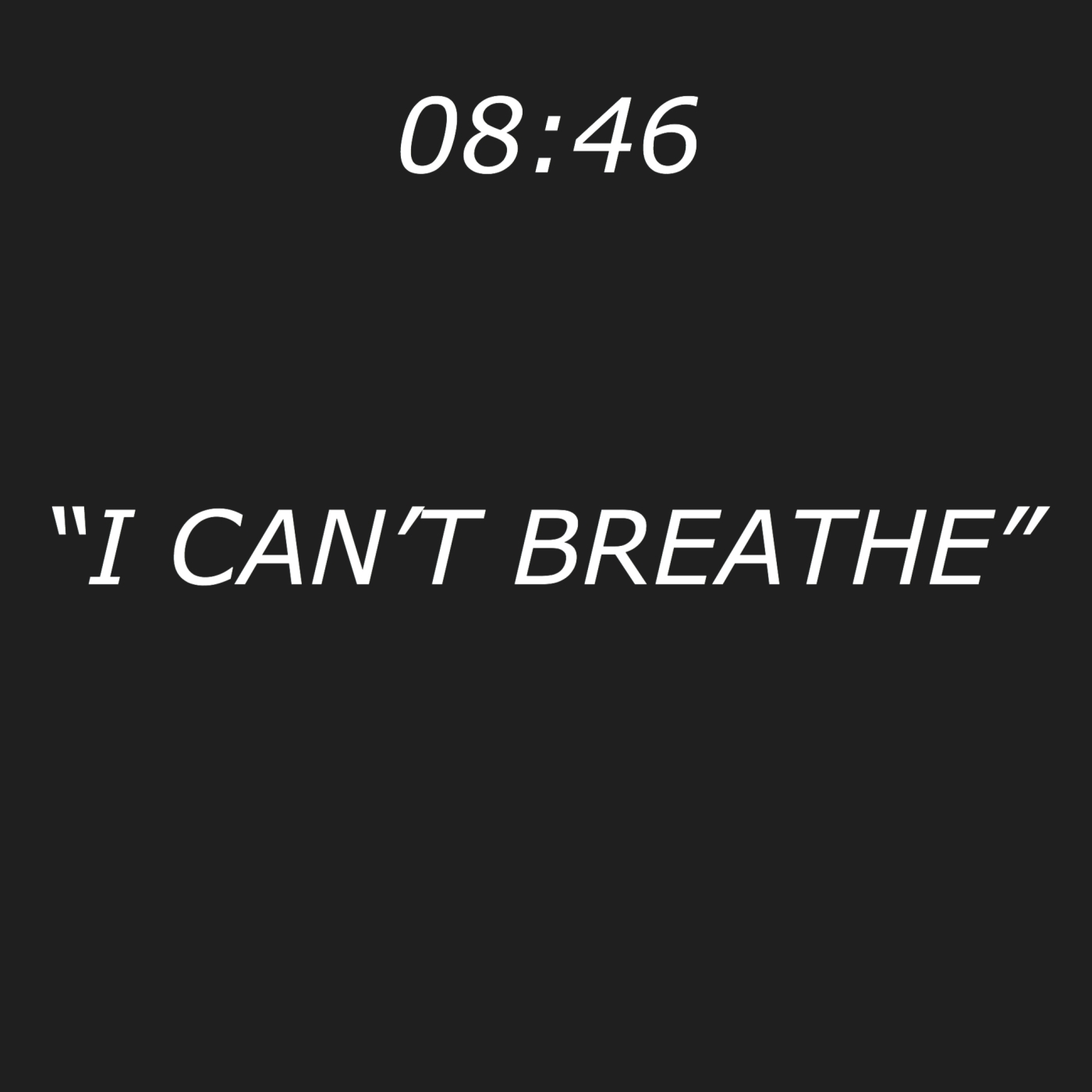 “I can’t breathe.” Once again, those nightmarish words are forced upon us, unleashing a new wave of anguish, sorrow and fury within our black communities, on social media and as well as the world. Do you know the numerical significance behind “08:46”? For a harrowing 8 minutes and 46 seconds, that’s how long it took for Derek Chauvin, the officer who can be clearly seen in witness videos pinning George Floyd to the ground, to cut off Mr. Floyd’s circulation before he died on May 25, 2020. Mr. Chauvin, who is white and now charged and arrested, kept his knee on Mr. Floyd’s neck for the entire duration, even after Mr. Floyd lost consciousness. The most disturbing thing about Mr. Chauvin, is that he remorselessly peered into the video as if he wanted the entire world to know exactly what horrible deed was done. It literally made my blood boil and I often wondered what I would’ve, could’ve or should’ve done if I was in that predicament.

As Black men and women, how do we ensure the personal safety of ourselves and our children, when met with these type of situations? How do we break the cycle of these circumstances that routinely ends in a untimely death? Where do we begin to start to have real conversations with our kids about race, racism, police brutality and the necessity of protesting against all that is wrong in America?

A few days ago, my 17-year old daughter, Jordan, called me on FaceTime. This was right after the protests, and unfortunately, the looting and the riots began in New York City. Jordan had tears in her eyes and she was visibly upset. I quickly asked her if everything was alright. She mentioned that she was fine, except that the murdering of George Floyd and people that were out breaking into stores and destroying their communities made her sad. I live in the Bronx, so she was also concerned about the news talking about the looters and rioters clashing with the police on nearby Fordham Road, in which I live about 15-20 minutes away from that area. As a protective, loving father always does, you find the most comforting words to keep your child calm and assure them that everything will be okay no matter what.

During the conversation with my daughter, we spoke at length about the deaths of George Floyd, Breonna Taylor, Ahmaud Arbery and Eric Garner. Admittedly, that was the most in-depth talk I’ve had with her since Garner’s death, which occurred 5 years ago on July 17, 2014. I have to do a better job expressing the concerns I have about the past, present and future of our country. I often wonder what kind of world will be here, long after I’m gone and she has to fend for herself, sort of speak.

My daughter is intelligent, ambitious, full of common sense and people gravitates towards her. As she embarks on a career of her choosing, there’s a great chance of her being exposed or perhaps, being a victim of systemic racism. The kind of racism that reflects the inequalities in the wealth, income, criminal justice, employment, housing, health care, political power and education, which is deeply rooted in America’s grim history of slavery and how it has plagued our country for centuries.

I can only imagine how much it is a challenge to remain optimistic when a hate crime shows up one’s doorstep. In the wake of George Floyd’s death, have we finally reached a turning point for the better? Whether if you’re black, white or brown, how do you address this subject matter to your kids who might be new to what’s going on? What do you say to them if they become overwhelmed? What if you — as a White parent, remains in denial and refuses to open your eyes to why protestors are marching in their communities, screaming, “Black Lives Matter” for dear life? The more that kind of stagnation lingers, your child or children will surely take up the mantle and in some shape or form, add to the calamity that this nation has been under for so long.

Make no mistake, the world is currently suffering from two different kind of pandemics. One is the Coronavirus (COVID-19), and in which we all should be aware at this point. The other is deeply, rooted system of prejudice and oppression that has incessantly decimated our country. By no means do I condone all of the looting, the riots and violence that took place around the world and within our communities; however, denying a person’s humanity will turn blood into fire, love into rage, understanding into confusion and a community into chaos.

I’ve always believed that a child’s first educated lessons should begin within the confines of their homes. I touched upon the act of being in denial. Parents have to educate themselves about their own biases and their reactions to racism, in which they may or may not be aware of. Kids are always watching, learning and mentally absorbing things from the outside world. They might see how a parent may become agitated, sad or anxious and rather avoid talking about race or racism, and in short, the child might consider this to be a horrible subject to discuss and be too fearful to ask about it.

We really have to start being comfortable with being uncomfortable. This problem will not go away on it’s own. Systemic racism, white privilege and institutionalized oppression is real thing, and we have to treat it as a sickness. Immediately, there needs to be a zero tolerance system of accountability in law enforcement put in place, in which any rules that are bent or broken, there will be maximized penalties for those actions. Just imagine if cops who uses unnecessary force, which can lead to injury or death, have it in the back of their minds that they can do serious jail time, lose their jobs, their pensions and freedom away from society.

Even now, in the midst of all the protests that are happening all over the world, you still see police officers conducting themselves in a disorderly fashion, without the fear of being reprimanded or even the loss of another life. If we don’t change the narrative or cultivate a sense of awareness around these issues and nullify them as best as possible, we will continue to pass down implicit racial biases to our children.

Spark the conversation with your kids first. Make sure that they understand defining terms such as biracial, multiracial, racism or hate crime. Parents need to take a no-nonsense, proactive stance on teaching children the importance of diversity and equality, while making them aware of the dire consequences of racism and the atrocities that too often comes behind it. And here we are… once again.

To my readers, I invite you to join me on Facebook and to follow me on Instagram and Twitter. You can also reach me via email at: rgilmore@orangemoonwerks.com. If you find any joy and value in what I do, would you consider providing support to help keep my blog going? Learn how by clicking the link here: Support the Blog