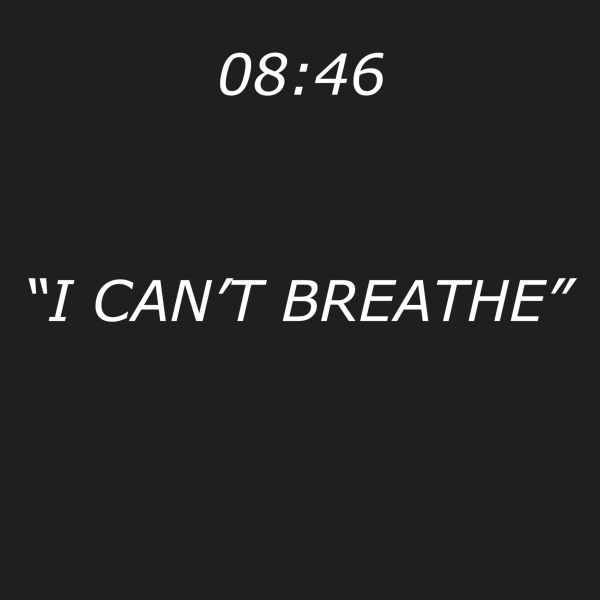 “I can’t breathe.” Once again, those nightmarish words are forced upon us, unleashing a new wave of anguish, sorrow and fury within our black communities, on social media and as well as the world. Do you know the numerical significance behind “08:46”? For a harrowing 8 minutes and 46 seconds, that’s how long it took for Derek Chauvin, the officer who can be clearly seen in witness videos pinning George Floyd to the ground, to cut off Mr. Floyd’s circulation before he died on May 25, 2020. Mr. Chauvin, who is white and now charged and arrested, kept his knee on Mr. Floyd’s neck for the entire duration, even after Mr. Floyd lost consciousness. The most disturbing thing about Mr. Chauvin, is that he remorselessly peered into the video as if he wanted the entire world to know exactly what horrible deed was done. It literally made my blood boil and I often wondered what I would’ve, could’ve or should’ve done if I was in that predicament.

END_OF_DOCUMENT_TOKEN_TO_BE_REPLACED

“Injustice anywhere is a threat to justice everywhere. We are caught in an escapable network of mutuality… whatever affects one directly, affects all indirectly.” — Dr. Martin Luther King, Jr.

END_OF_DOCUMENT_TOKEN_TO_BE_REPLACED

“Voting is the only way to ensure that our values and priorities are represented in the halls of power.” — Michelle Obama

Hey good people! As you read through my latest post, I hope you’re all in the best of love, health and happiness. I can never expressed that enough. It’s been awhile since my last post. I’ve been experiencing some up and downs in life and just trying to make the best of any circumstances I’ve had to deal with this year. From time to time, life tends to throw you a curve ball and it’s basically up to you to not allow your emotions to get the best of you and to remain positive in any situation you are dealing with. I’m not ashamed to admit that I believe it’s fact that with God, all things are possible and there are no problems or struggles that are bigger than Him. Maybe that’s why humanity struggle with so many issues nowadays.

END_OF_DOCUMENT_TOKEN_TO_BE_REPLACED

For over the last 24 hours, I’ve been facilitating between shock, disbelief, grief, anger, horror and shame.  I’ve repeatedly questioned how we’ll be able to move forward in the coming days or weeks, while unceasingly struggled to anticipate the vision of the world and the changes that president elect Donald Trump is planning to implement on our nation.  Make no mistake, this is truly one of the biggest upsets in American history; and yes, as a father, son, brother and entrepreneur, I have dire concerns about the future of our nation.

END_OF_DOCUMENT_TOKEN_TO_BE_REPLACED

Charlotte Hornets owner and basketball legend Michael Jordan breaks his silence on the recent wave of violence in America, most notably the high-profile shootings of African-Americans by police and the violence that officers have faced themselves.  Jordan, who has not been known for being outspoken about social issues, released a one-page open letter to The Undefeated, as athletes around the sports world have started speaking out in greater numbers about social issues.  Here’s what he said:

END_OF_DOCUMENT_TOKEN_TO_BE_REPLACED

Four days ago, Grey’s Anatomy actor and activist Jesse Williams won a humanitarian award at the 2016 BET Awards, and he pretty much stole the show.  Personally, I had to take a few days for all the noise on social media to die down and allow Jesse Williams’ words to marinate on my conscious.  The message that this brother dropped on the world was so deep, unflinching and POWERFUL.  It was one of the most coherent and sincere critiques of systemic racism, police brutality, cultural appropriation and exploitation and a heartfelt message to black women here and afar who have “spent their lifetimes dedicated to nurturing everyone before themselves.  We can and will do better for you.”  There were so many grand moments of this speech, but there was one particular tidbit that stood out to me: